2021 Progress Report form Ugandan Girls Scholarship Foundation
Read about the latest news from our amazing Ugandan scholarship recipients! Our Holiday Giving certificate is included and you can donate on your behalf or on behalf of someone else this giving season.
UGSF Progress Report 2021 final.pdf
Adobe Acrobat Document 4.7 MB
Download

On November 15, 2019 we held our second benefits concert and it was a smashing success. Many thanks to the Jansen Sisters and Christie Simmons for sharing their musical talents, to our many volunteers who helped out in myriad ways and to everyone who came and bought tickets, listened, shopped and donated.  You made this event an enormous success! 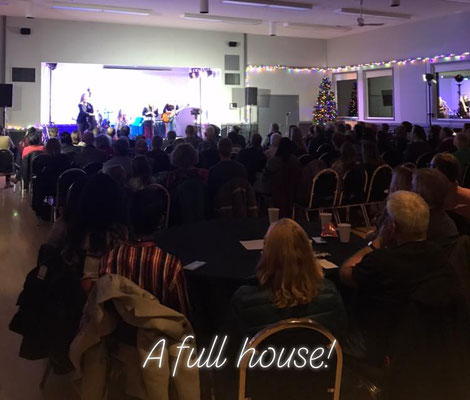 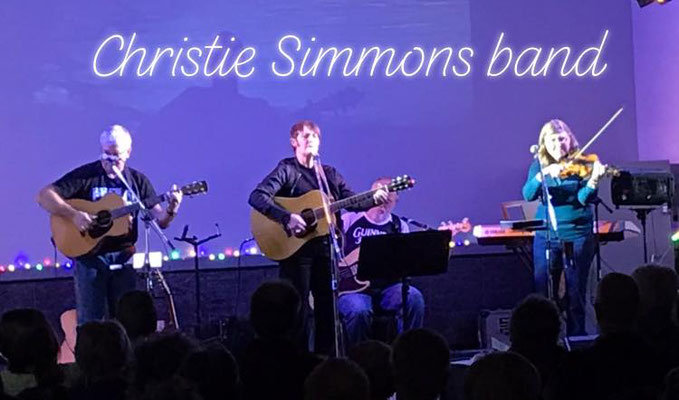 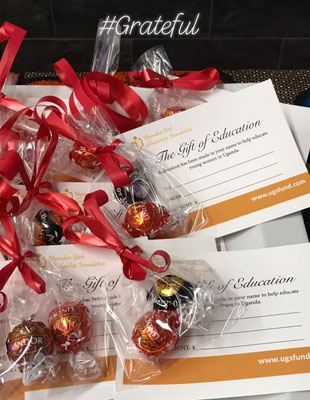 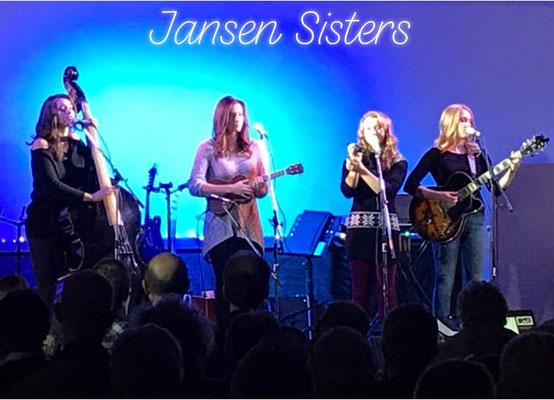 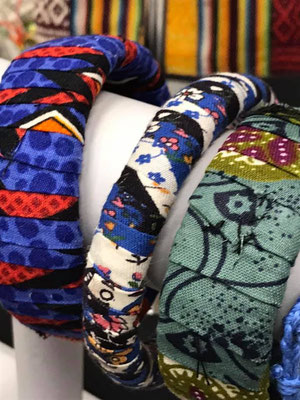 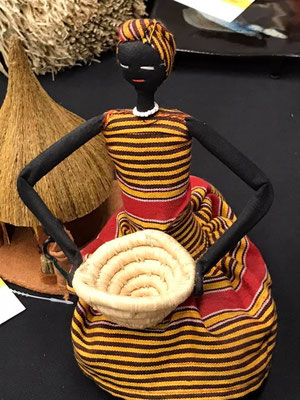 The UGSF is thrilled  to be hosting a Benefit Concert featuring the Magnolia Buckskins and Jansen Sisters at the Varsity Community Centre in Calgary, AB.  Tickets can be purchased and details can be found here:

Update on Education in Uganda
The Ugandan Ministry of Education and Sport has recently placed a renewed emphasis on gender issues. Here is an excerpt from their recent newsletter The Gender Eye. In supporting girls each year in school we contribute a small allowance for them to obtain necessities such as these throughout the year.


Monthly menstruation means that millions of girls skip up to 20 per cent of the school year simply because they cannot afford to buy mainstream sanitary products…. When a girl takes time off school it triggers a domino effect. Missing lessons means that she will fall behind in the curriculum, putting her at an immediate disadvantage to her male peers. This absence leads to generations of girls in the developing world with fewer qualifications, limited access to job opportunities and less time spent building social networks, confidence and life skills. The 85 per cent of girls who leave school early in Uganda equates to 6.5bn in lost potential earnings, which has a significant impact on the country’s GDP


MAC Africa, John G. Diefenbaker High School, Calgary
Known at John G. Diefenbaker High School as “MAC Africa”, this eager group of student activists has joined our group of generous supporters. This group has been active at Diefenbaker for three years and they center their fund raising efforts on specific organizations that enable children in Africa to attend school to prevent the cycle of poverty from continuing. This year UGSF has been chosen as their number one focus. MAC Africa has pledged to raise enough money to send a girl to school for a year!


They are enthusiastic about our mission and according to a group leader, Serena Tejpar, they feel “connected” to this project as high school students. “This is meaningful. We feel more connected to this because we are in high school and it is an organization here in Calgary. We also know that all of our donations go directly to the student which is great!”


As they get underway with their fundraising this year, they are currently organizing a bottle drive. We hope to keep the momentum going and to have this become an ongoing campaign at Diefenbaker High School. Thank you to all of the members of MAC Africa!

The view from Wanyange Secondary School overlooking Lake Victoria. This is one of the schools that we partner with for our S5 and S6 girls who are specializing in sciences.

Primary school (duration: seven years)
The majority of children start their primary education at the age of five or six at the nearest primary school. In Uganda, there are seven primary school years, from primary one to primary seven. With normal annual progression this means primary school should last seven years, but many pupils drop out part way through and return later, so it is not unusual to find teenagers sitting primary exams.


At the end of primary seven (P7), pupils sit their first major national exams – the primary leaving examinations (PLE). Presently PLE has four examinable subjects – English language, mathematics, science and social studies. The best possible mark pupils can achieve is a total of four (which means one point - a distinction - in each subject), while the worst is a total of 36 (nine points for each subject).
Students with between four and 12 points pass the PLE with a first grade, or division one. Those with scores between 13 and 23 get a second grade; 24 to 29 get a third grade, while those with 30 to 34 pass with a fourth grade.


Primary school tuition has been free in government schools in Uganda since 1997. But pupils, especially those in rural areas, face serious challenges to finishing their education – for example, they lack scholastic materials, like books and pens, they often have to study all day on an empty stomach since no meals are provided at school, and schools often have poor teaching methods.
Besides government schools, there are many expensive day and boarding private schools at all levels, where wealthier or more ambitious parents send their children.

Secondary school (duration: six years)
Pupils who pass their PLE can progress to secondary school assuming they can obtain funding or a scholarship to do so. Secondary school has two stages; the first four years, senior one (S1) to senior four (S4), constitute the O-level period. At the end of S4, students sit the second major national exams known as the Uganda Certificate of Education (UCE) or simply O-level examinations.


Students who pass their O-level exams may progress to A-levels or the Higher School Certificate (HSC). This lasts two years, S5 and S6, after which students sit for the Uganda Advanced Certificate of Education (UACE) examinations, also known simply as A-levels. All three annual national exams are sat between October and December.


The government gives about 4,000 university scholarships each year, and sponsors thousands of other students in other tertiary institutions. But tens of thousands of students who do not get the competitive government scholarships depend on their parents and guardians to pay their tuition and upkeep.
Some tertiary institutions, like primary teachers’ colleges and some nursing schools, also admit students who have only completed their O-levels.
Source : Richard M Kavuma, guardian.co.uk

As global citizens, we feel an obligation to make a difference. This project matches our personal values and beliefs. With your help, we are in a position to educate girls, empower women and effect change. Thank you for your support and for believing in what we do.

Thank you for visiting.

Education Through Friendship and Adventure
Close